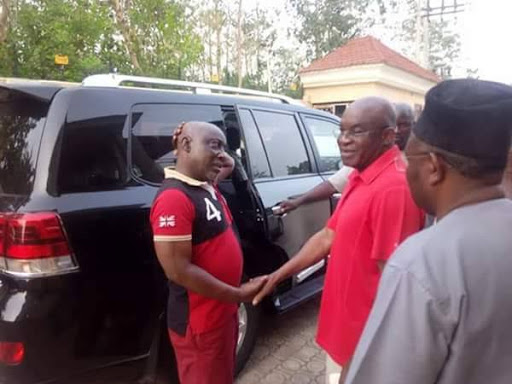 The attention of Comr. Abba Moro Campaign Organization (AMCO) has been drawn to the press release by Chief Mike Okibe Onoja Campaign Organization, casting aspersions on Comr. Abba Moro and Senator David Mark. In the press release signed by Otokpa Dickson, the Social Media Director of the Campaign Organizatoon, the Organization alleged that Moro’s aspiration was an extension of David Mark’s rulership, referring to the ambition as ‘Mark/Moro Syndrome’, which, they said, must be stopped.AMCO would have ignored the release as we are not engaging in any aggressive, abbusive and militant campaigns, but for the sake of setting the record straight. Abba Moro’s aspiration is not an extension of Mark’s rulership, but one sure thing is that Comr. Abba won’t deviate from the standard and foundation that Sen. Mark has laid. We appeal to Chief Okibe’s Campaign Organization to play politics devoid of bitterness and blackmail. We cannot beat any drum of war since we are a family.They themselves know that Sen. Mark has performed well as a senator, attacking him in this manner when he’s not contesting election with Chief Mike is most unfortunate. Comr. Abba has duly paid his dues as a loyal and faithful party man, and good son of Zone C, so he’s eminently and ably qualified to be a Senator of the Federal Republic of Nigeria, to continue from where Sen. Mark will stop, and we have no apology about that.
Emmanuel Eche-Ofun John(Director of Social Media, AMCO)