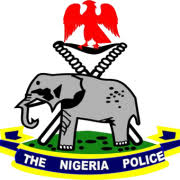 The police in Lagos have arrested a commercial bus driver for alleged defilement of his neighbour’s two-year-old girl.Sola Ewulo, 38, a resident of Taiwo Street, Agbado-Ijaiye was arrested on October 24 after the victim’s mother reported that sperm was seen dripping from her body.Police Commissioner Imohimi Edgal said the victim’s mother had allegedly left her in the custody of the suspect to run an arrand, an allegation Ewulo refuted.Edgal said:

“The mother of the victim had on that day, left her in the care of the suspect and dashed into the neighbourhood to buy some provisions.“When she returned after a couple of minutes, she could not find her daughter nor the man she left her with.“Much later, she saw her daughter on the corridor of the house scratching her private parts and she complained about the pains she was experiencing.“On closer examination by her mother, she noticed some whitish substance dripping out of her private parts.”
Alarmed by the discovery, Edgal said the victim’s mother asked her who did that to her and she mentioned Ewulo.

He said the suspect would be charged to court.However, Ewolu denied the allegation, insisting that he went out for a job he was called to do.He said: