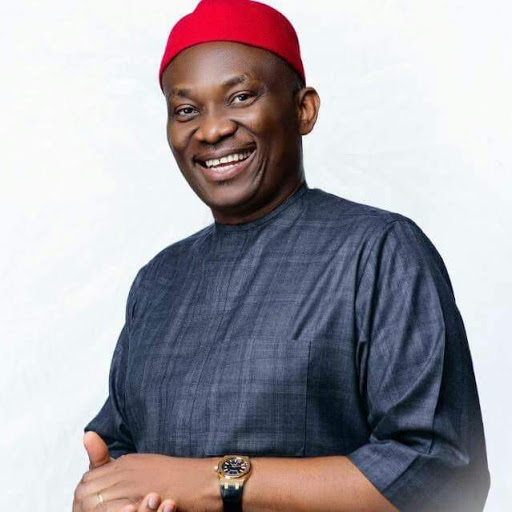 Ndudi Elumelu, the winner of Wednesday’s PDP primaries for the Aniocha/Oshimili Federal Constituency in Delta, has commended the state Governor, Ifeanyi Okowa, for his neutrality during the exercise.
Elumelu, who represented the constituency in the House of Representatives between 2011 and 2015, gave the commendation on Thursday in Asaba while briefing newsmen.
The candidate who polled 266 votes also called on Onyemachi Mrakpor, currently occupying the constituency’s seat in the house, to accept defeat in the primaries.
He, however, debunked the allegations of financial recklessness during the primaries made by his closest rival, Mrakpor.
He said: “There is absolutely no truth in what she has submitted; I never induced delegates with $1,500 each.
“Let me clearly state that I was seated from the beginning to the end. I could not have been campaigning or carrying rice to serve people.
“Even in national or zonal convention people are served refreshment
“Let us stop this petty allegations; the truth is that the people have made their choice and we should accept it.”
Meanwhile, Mrakpor who was said to have polled 226 votes, rejected the results as announced at the Cenotaph, Asaba, venue of the primaries, before a crisis erupted there.
She also told journalists on Thursday in Asaba that she was not part of the result that was declared at the Delta Police Command Headquarters in Asaba.
The News Agency of Nigeria recalls that violence led to relocation of the venue to the police command headquarters where the result was later declared.
According to her, what happened at the cenotaph was not violence but an argument.
Mrakpor said: “It was the police that decided to show their bravery by firing live ammunition.
“We left that place about 5:p.m and they suddenly appeared at about 9:p.m to say that the Commissioner of Police wanted to count the votes.
“I said that the votes must be counted at the field and not at the CP’s office because I don’t know when the CP became the PDP National Chairman or the PDP monitoring team. So I left.
“It was later that I heard that they ascribed 266 votes to him. When they started counting, I was taking note, at a point I counted 230 and they said I scored 226.”
Mrakpor said at that stage she stepped down with the markings on her hand, and walked to those counting the votes to point out the mistake.
She said: “You accredited 481 and you already said I had 226 and now you are saying that he has 266 while Peter Onwusanya has 13 and the other man has only one vote.
“If you add the other persons’ votes to my 226, and the voided votes, it will be 253. Subtract this from the number of accredited delegates and you will see what he is supposed to get.”
The News Agency of Nigeria reports that the contestants in the primaries were: Mrakpor, Elumelu, Onwusanya, a member of the State House of Assembly, and Ike Onwudiagwu who got only one vote.