The National Human Rights Commission has condemned in strong terms the rape of a minor, Ochanya Elizabeth Ogbanje alledgedly by Mr Andrew Ogbuja of Benue State polytechnic,Ugbokolo and his Son Victor Ogbuja respectively leading to the death of the 13yrs old girl.Receiving preliminary reports of the investigation conducted by the Benue office of the Commission with respect to the matter,the Executive Secretary NHRC,Tony Ojukwu Esq.vowed that the Commission will work with the relevant authorities including the Benue State Ministry of Justice and the Police to ensure that the culprits are brought to book .Meanwhile protesters  under the aegis of Justice for Ochanya Movement has called on the Commission to leave no stone unturned in bringing the culprits involved in the Ochanya rape case to book.Receiving the protesters at the NHRC Headquarters,Abuja,the Directors Women,Children and Corporate Affairs Ms Aver Gavar and Mr Lambert Oparah respectively on behalf of the Executive Secretary informed the protesters that the Commission is already working on the matter. 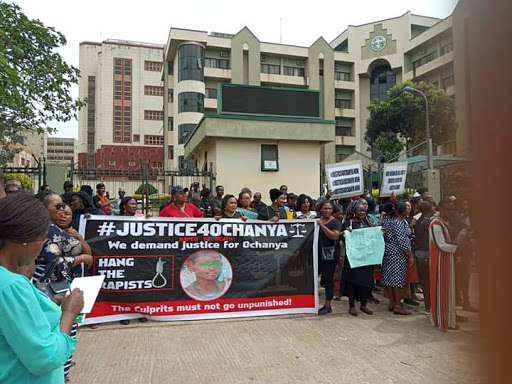 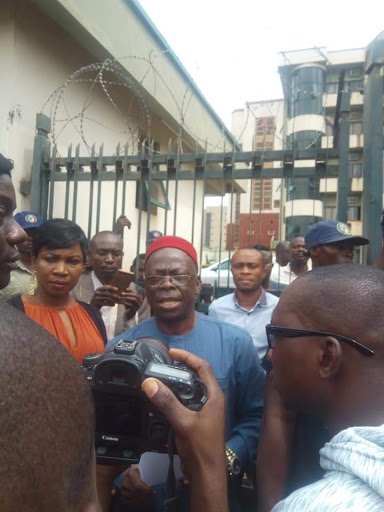 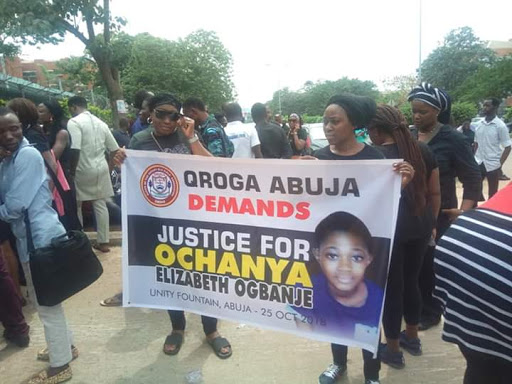